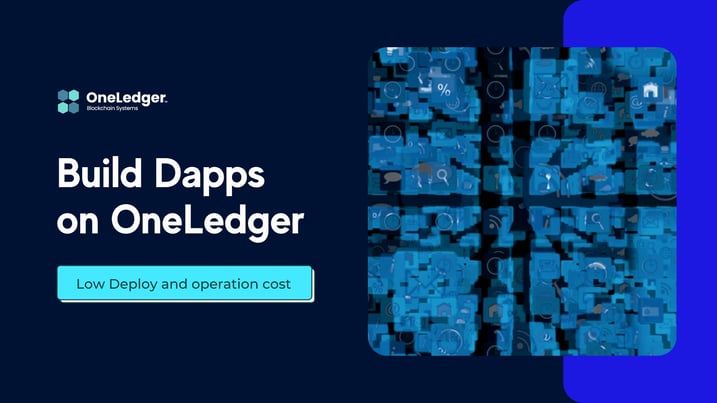 DApp or Dapp is an abbreviation for Decentralized Application, it is a decentralized application service based on blockchain.

When explaining the meaning of Dapp, many people compare it to mobile phones.

Downloaded apps based on the operating system = Dapp - OneWallet

You can think that the Dapp has its characteristics the same as blockchain.

Additionally, When you use the service within the Dapp, you can use the coin of the blockchain within the platform

DApps could be any applications made on blockchain from games to Defi. and in this blockchain adoption era, Every blockchain developer is building Dapps but the cost to create one is the issue they are facing.

According to the crypto app tracker, State of the Dapps, there are over 3,000 decentralized apps currently running on the Ethereum blockchain.

On Ethereum blockchain as a developer you only have to pay for contract deployment. users are going to pay for all transactions related to your contracts.

In solidity, the primary programming language currently being used for smart contracts, contracts are initialized via a constructor.

The initialization transaction for this contract is by far the most expensive operation. It required 536467 gas to deploy the contract and execute the constructor code. At 56 Gwei per gas, deploying the contract cost about $109.24896 USD at the approx exchange rate of $3,100 /ETH.

As stated before users have to pay to run smart contracts. Let’s see how much they would spend in one year. 1,080,000 transactions would cost you ~ $3,380,400 with an average cost of transaction ~0.001 ETH/$3.13. Again that might be more or less depending on which gas price is used. If you have a time-critical dApp like an exchange, the gas price probably will be high. If you have dApp for which it is okay to have transactions to commit for a few hours then you can save a lot of transactions fees.

On OneLedger blockchain as a developer the development process is almost the same as ETH even can use Solidity through OLVM, you have to pay for contract deployment. users are going to pay for all transactions related to your contracts.

Plus on the OneLedger protocol, 1 user will place 1gWei and another 10gWei, these transactions will be executed at the same time, so 1gWei is minimal and always works.

Thus, At 1 Gwei per gas current rate, deploying the contract cost about $2.145868 USD on OneLedger protocol.

In the case of OneLedger, your total cost would consist of deployment + running cost (paid by users) and would be around only $6 for a year.

Thus building on OneLedger would cost extremely low compared to ETH at the moment as the current cost of transactions and token price.