Next level of Vaccine Passports to free travel internationally 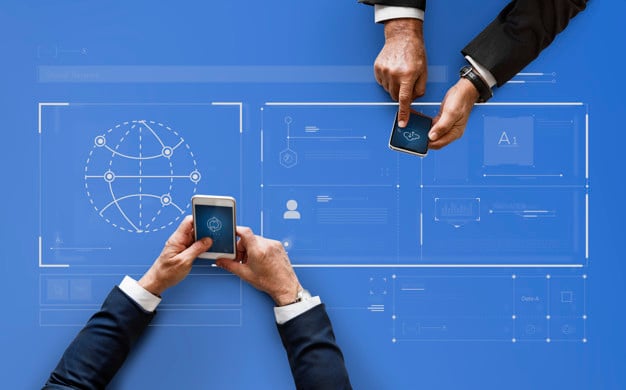 The world is introducing vaccine passports.

Vaccine passports were introduced to solve the high risk of transmission during domestic and international movement from Covid 19. Welcome news to the tourism and hospitality business decimated by restrictions such as banning gatherings and restriction of movement.

For this reason, countries around the world are actively welcoming the introduction of vaccine passports as a saving grace for their declining economies.

In addition, 73 per cent said that vaccine passports effectively ensure the safety of travel or attendance at large-scale performances.

Although there are differences between countries, most have already issued mobile-based digital certificates.

For example, in The U.S. state of New York’s “Excelsior Pass" with IBM, Israel introduced a vaccine certification system called "Green Pass" in February. It is designed to show certificates with a six-month validity period on smartphones for entry to restaurants and department stores.

China began issuing "digital vaccine passports" in smartphone apps that contain actual passport numbers and vaccination status since early last month. The goal is to ensure that it can be used as a world standard ahead of the Tokyo Olympics.

Some pointed out that countries need to set up the platform mutually with international standardised regulations and share the data securely. Most Vaccine passports are still at the level of certificates available only in the region, and vaccination data is staying in a private chain that cannot be verified by 3rd parties (countries or organisations) nor share the proof of vaccination. In particular, countries are being asked to recognise vaccinators who have not been approved by their governments.

In addition, personal information infringement, such as exposure of health information and individuals movement, should be resolved.

In Israel and China, personal information in vaccine passports is converted into QR codes, stored in smartphone apps, and certified when necessary. However, if this QR code is not encrypted, it is easy to forge and tamper with.

The number of cases involving forged Green Pass of Israel's vaccine passports is rising quickly as  counterfeit certificates are easily being distributed through SNS such as Telegram, hurting credibility.

Interoperable and secure blockchain solution to solve the issues.

It may be natural that blockchain technology was introduced as a way to solve such problems to protect personal information and prevent tampering with data.

In particular, the "DID (Decentralized Identity)" system, which operates based on blockchain technology, is emerging as a critical technology for the introduction of vaccine passports in that it can be identified as a "decentralized method."

For example, personal information on vaccine passports issued by the government or related ministries will be encrypted and stored on blockchain.

Blockchain technology is currently the most secure technology that exists in the world, and OneLedger Technology (Blockchain as a service), has built OnePass, the Blockchain Covid vaccine passports solution with interoperable features.

This platform uses enhanced consensus DPoS on Tendermint, which consistently replicates an application on many machines so OneLedger can combine different consensus in the same chain. Thus, all vaccine data can communicate with other blockchains or any cloud-based database.

On the other hand, OnePass allows seamless real-time verification between vaccinators, individuals, and verifiers regardless of their type of chain (Public or Private) or database, allowing countries to verify the vaccination status of individuals.

The system is built on a “consent first” model. An individual must provide consent before any data can be loaded into OnePass. The individual also has complete control over how and when the evidence is presented and used (i.e. they have to launch the app and show the proof to the verifier)

OnePass evidence is impossible to forge. The system accomplishes this using 3 key design elements. First, only trusted sources are allowed to “publish” data into the system. Second, the blockchain platform is immutable, so individuals cannot unilaterally change the data. Finally, the system uses a “closed-loop'' security model– the QR code is verified in real-time by interrogating the system to ensure it has not been tampered with.

OneLedger is committed to using blockchain and other emerging technologies to solve important global issues.