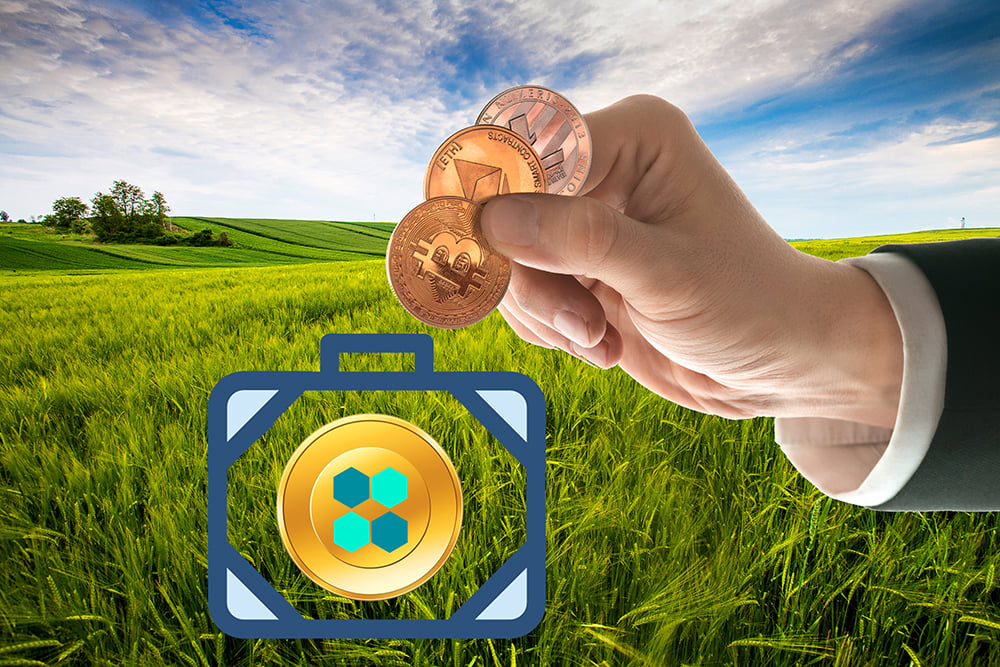 Cryptocurrencies and the environmental challenges

Bitcoin lovers and detractors have been fiercely arguing whether Bitcoin, the No. 1 cryptocurrency in terms of market capitalization, is good for the environment or not. Bitcoin evangelists say that "the government-controlled currency and the entire financial infrastructure that supports it ruin the climate."

However, critics of Bitcoin argue that "the process of mining new coins is a huge waste of energy that benefits only a few people at a huge cost to the planet." In short, the cryptocurrency manufacturing process itself is an "energy-eating hippopotamus."

Bitcoin, however, is far from being the only environmental villain in crypto space. In addition, many tokens rely on proof-of-work consensus algorithms that absorb energy to verify transactions and mint new coins. Proof of work refers to an agreement algorithm that proves that it has completed the task of adding a new block to the blockchain.

Most experts say Proof of Stake (PoS) can provide a dramatically greener future for the cryptocurrency sector. 'Proof of equity' refers to an agreement algorithm that gives decision-making authority in proportion to the percentage of shares held in cryptocurrency.

Even Ethereum Network plans to switch from Proof of Work (PoW) to a more efficient Proof of Equity (PoS) system at the end of 2021. Currently, Bitcoin and Ethereum together account for almost 90% of all proof-of-work coins' annual electricity use, so the rest have a small share.

Others want the third mechanism of consensus to be more environmental. It relies on hard drive storage capacity, not processing power.

Differences between PoS vs PoW

The Proof of Stake process is certified by ‘validators’ who have an equity stake in the platform. To qualify as a validator, the operator must have a ‘minimum amount of tokens, ‘staked’ or locked into the exchange for a specific period of time. validators are almost guaranteed rewards as they earn a transaction fee on transaction. 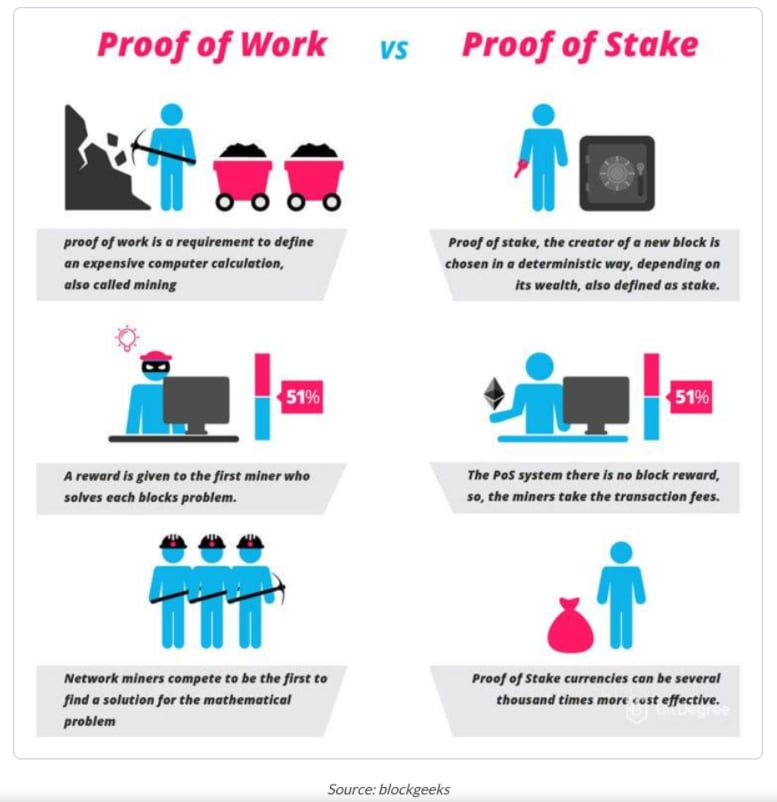 Proof of Work blockchains unintentionally creates an unfair system a give people who purchase powerful hardware devices a greater chance of winning the mining reward. As a result, having bigger mining power gives the greatest chance of solving the cryptographic sum first.

This is where Proof of Stake is different. This model prevents groups of people from joining forces to dominate the network just to make a profit. Instead, those who contribute to the network by freezing their coins are rewarded proportionately to the amount they have invested.

As mentioned earlier, Proof of Work blockchains like Bitcoin uses large amounts of electricity.  This is because the cryptographic sum that miners must solve is incredibly difficult.

A recent study found that the total amount of electricity required to keep the Bitcoin network functional is more than the amount used by more than 159 individual countries! Not only is this bad for the environment, but it also slows down the rate at which cryptocurrencies can increase their real-world adoption. This is because electricity bills must be paid using fiat currency!

On the other hand, Proof of Stake does not need highly complex sums to be solved, meaning that the electricity costs to verify transactions are substantially lower.

A 51% attack is used to describe the unfortunate event that a group or single person gains more than 50% of the total mining power. If that happened in a Proof of Work blockchain like Bitcoin, it would allow the person to make changes to a particular block. If this person was a criminal, they could alter the block for their gain.

A recent example of a 51% attack happened against the Verge blockchain, which allowed the hacker to walk away with 35 million XVG coins. At the time of the attack, this amounted to a real-world value of $1.75 million!

When using a Proof of Stake consensus mechanism, it would not make financial sense to attempt to perform a 51% attack. For this to be achieved, the bad actor would need to stake at least 51% of the total amount of cryptocurrency in circulation. The only way they could do this is to purchase the coins on the open market. this would end up spending significantly more than they could gain from the attack. Not only this but once the rest of the network had realized what had happened, the bad actor would lose all of their stakes!

OneLedger aims to enable businesses and individuals to build applications through OneLedger’s modularization tools, which will then communicate with OneLedger protocol using its Application Programming Interface (API) gateway.